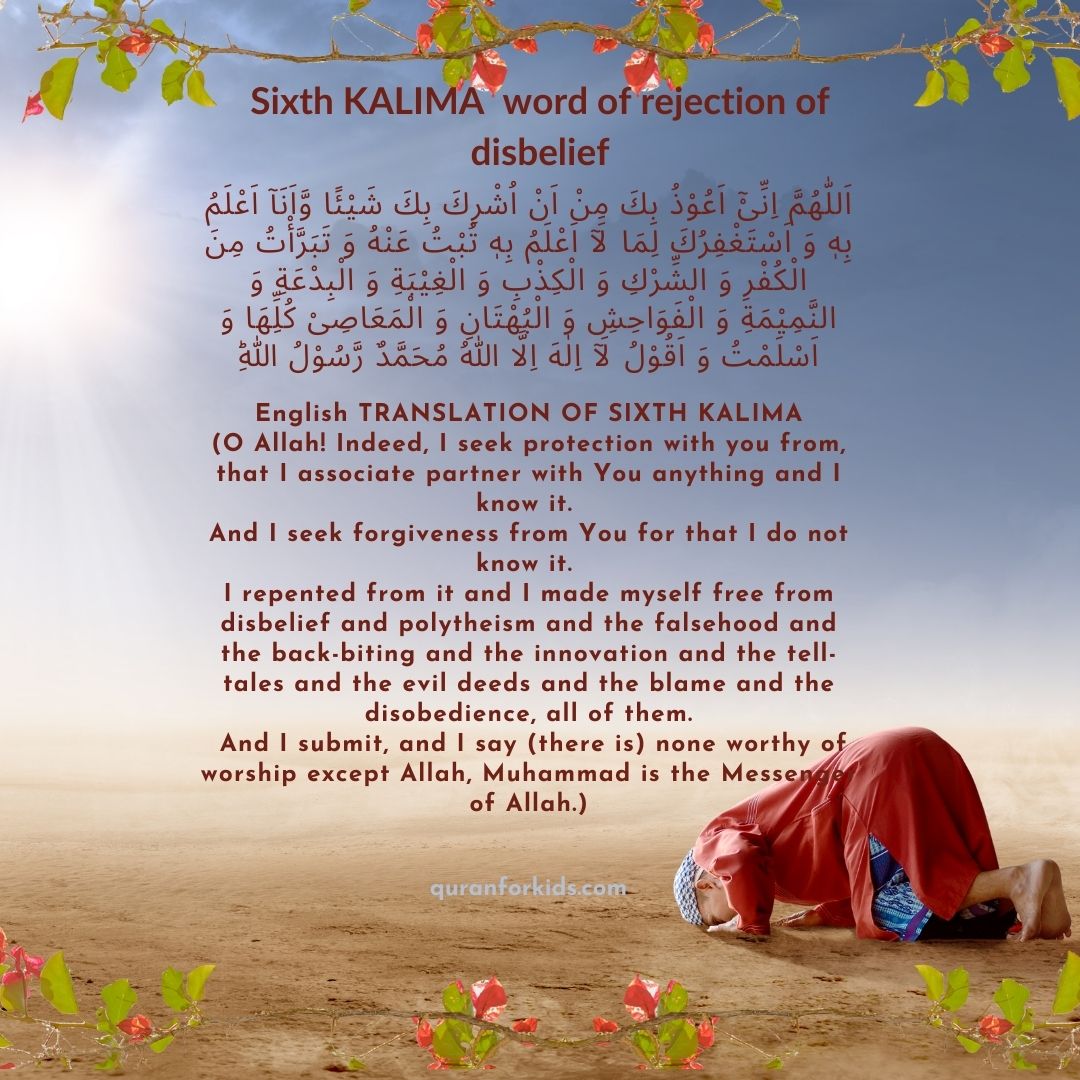 (O Allah! Indeed, I seek protection with you from, that I associate partner with You anything and I know it. And I seek forgiveness from You for that I do not know it. I repented from it and I made myself free from disbelief and polytheism and the falsehood and the back-biting and the innovation and the tell-tales and the evil deeds and the blame and the disobedience, all of them. And I submit, and I say (there is) none worthy of worship except Allah, Muhammad is the Messenger of Allah.)

CONCEPT OF THE SIXTH KALIMA

The concept of the sixth Kaima revolves around repentance from all the sins hidden or unhidden and keeping our faith strong.

REJECTION OF Shirk, Kufr, and all form of hidden and known sins 6th Kalima

The sixth Kalima, or statement of faith, is a word of rejection of disbelief. In this Kalima, Muslims declare their belief in the oneness of Allah and reject all forms of doubt. Kufr can be defined as any act or thought that goes against the teachings of Islam. This includes such things as idolatry, polytheism, atheism, and blasphemy. Kufr is a serious offense in Islamic law and can result in severe punishments.

People who commit kufr are considered apostates and enemies of Islam. Consequently, those who wish to live by Islamic law must consciously avoid actions or beliefs that could be regarded as kufr.

What does shirk mean, and what are the types mentioned in 6th Kalima

Idolatry is worshipping anything other than God, including money, power, and fame. In Islam, God is the only worthy of worship, and all other things are considered idols. Shirk is a major sin in Islam, and those who commit it are not considered Muslims. There are many Hadith that warn against shirk and its dangers.

For example, Prophet Muhammad said that shirk is the biggest sin and will not be forgiven by God. He also said that those who commit shirk would be in hellfire forever. Therefore, shirk is a severe matter of Islam and should be avoided at all costs. 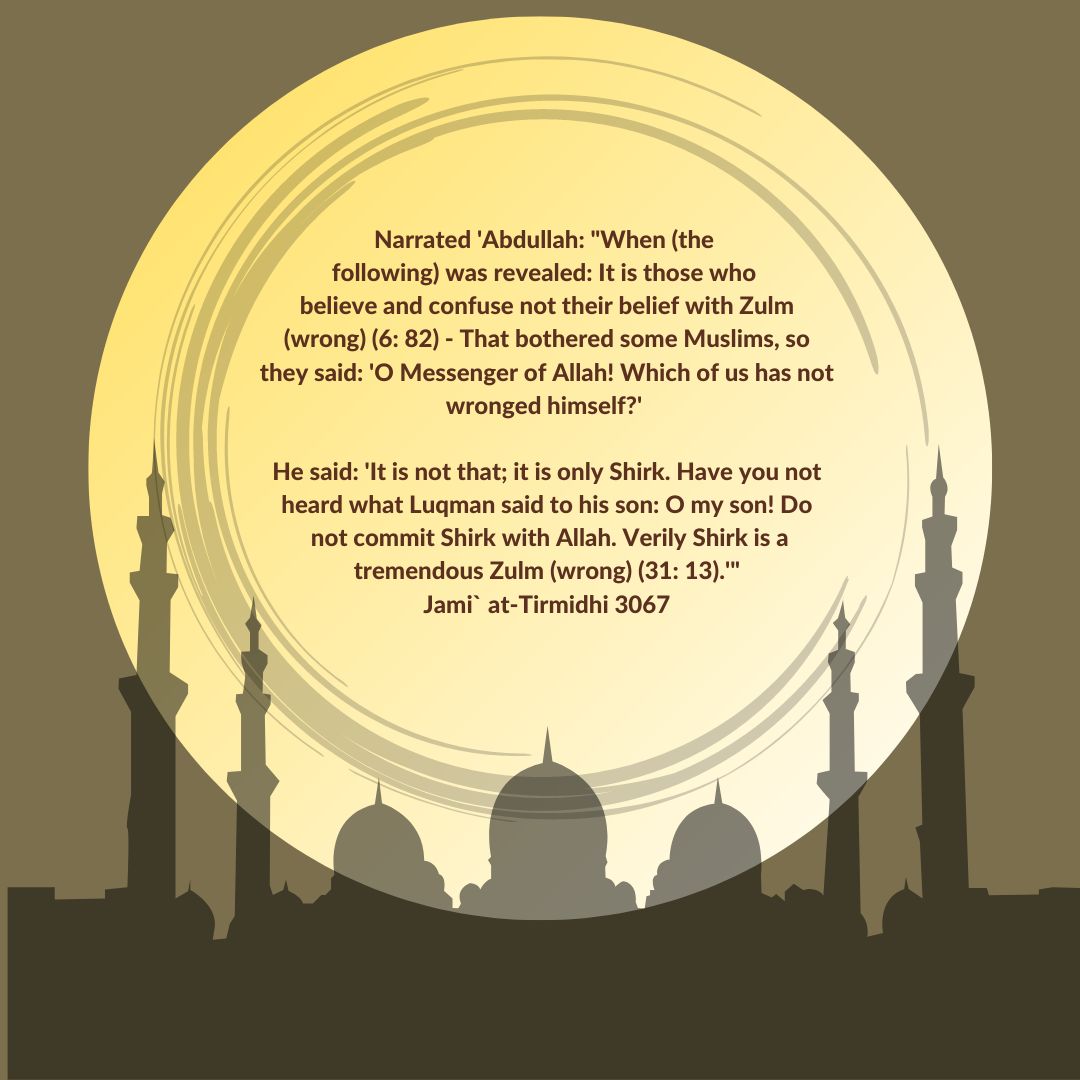 Shirk is considered as major sin

People generally fall into three types of shirk: evident shirk, hidden shirk, and shirk of the heart. Evident shirk is when a person openly worships someone or something other than Allah, such as idols, saints, or graves.

sHIRK E AKBAR IS ASSOICAITING SOMEONE ELSE WITH ALLAH. This can take many forms, such as worshipping idols, graves, trees, or others. The Quran clarifies that shirk is a severe offense, and those who engage in it will be severely punished on the Day of Judgment.

Greater shirk is a major sin in Islam and is considered grounds for apostasy. Muslims who commit greater shirk is not regarded as true believers and cannot enter Paradise. Those who repent of their sin and turn back to Allah will be forgiven, but they must still face the consequences of their actions. Greater shirk is a serious matter and should not be taken lightly.

Shirke-e-Asghar is a sin that is often overlooked, but it is nonetheless a vital sin to avoid. Shirk refers to the act of worshipping anything other than Allah. However, there is hope for those who repent and turn to Allah. He is Merciful and forgiving and will accept those who return to Him sincerely. For this reason, it is essential to avoid shirk in all its forms and instead focus on worshipping Allah alone.

Doing so can ensure that we receive His mercy and forgiveness. Shirke-e-Asghar, or lesser shirk, is a form of hidden polytheism. It occurs when a person professes tawhid (the belief that there is no god except Allah) but has thoughts and actions that do not reflect that belief. This category includes any religious deed or act of worship performed for praise, fame, or material gain.

Sixth kalima helps us to repent from both lesser and greater shirk.

In this kind of polytheism, people swear by fathers, idols, honesty, and other things rather than Allah. Allah’s Messenger (Peace be upon him) says: 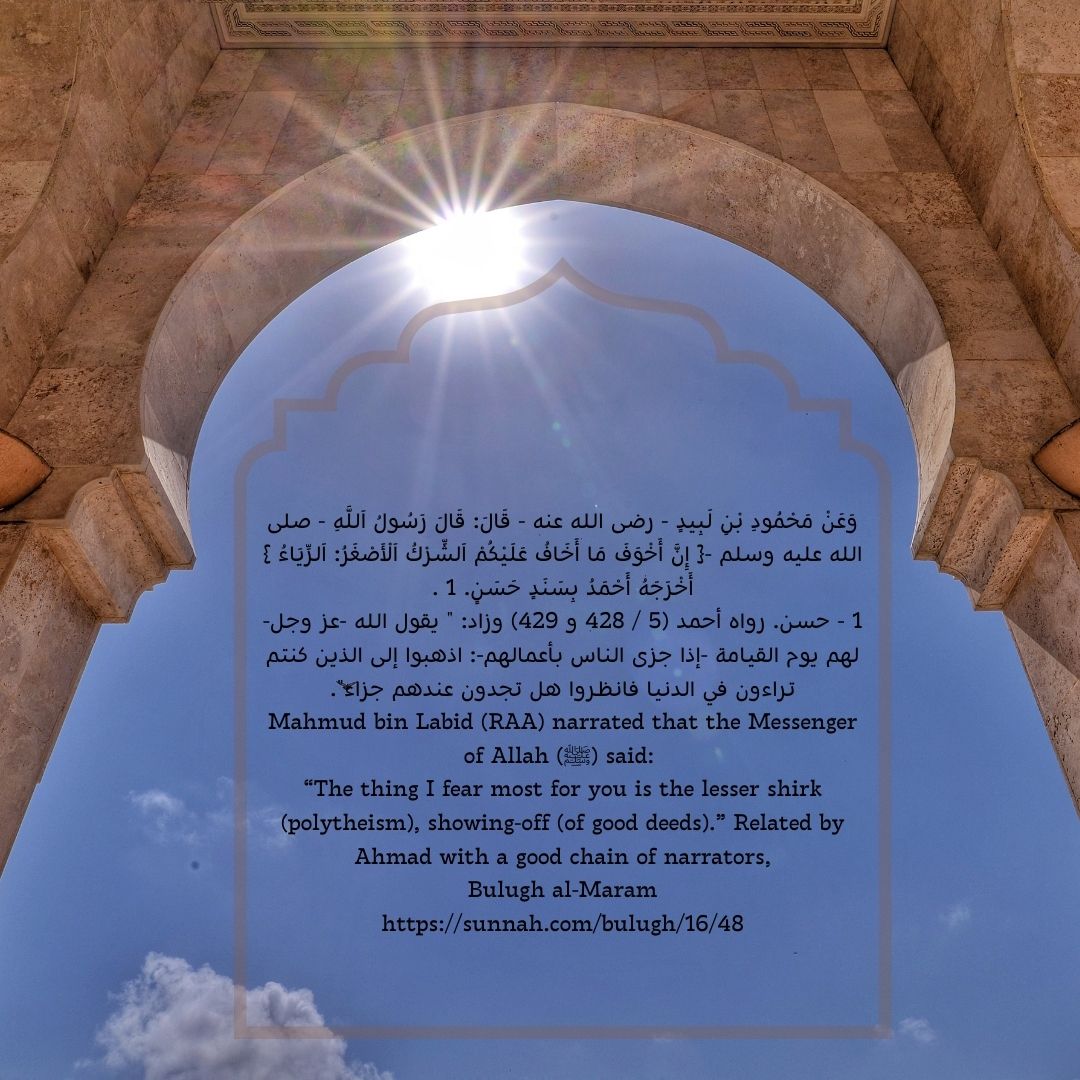 Oneness of God and the prophethood of Muhammad PBUH Sixth Kalima

Muslims believe that there is only one God, and He is the only one worthy of worship. This Kalima also affirms the Prophethood of Muhammad (PBUH) and declares him to be the Messenger of Allah. Muslims believe that Muhammad (PBUH) is the last Prophet sent by Allah to guide humanity. This Kalima also teaches Muslims to be sincere in their repentance and not to repeat their sins. Finally, this Kalima reaffirms the Day of Judgment and reminds Muslims that they will be accountable for their deeds.

Benefits AND IMPORTANCE of reciting the sixth Kalima regularly

Reciting the Sixth Kalima has great importance and many benefits. Some are as follows.

Tips for memorizing the sixth Kalima quickly and easily

The sixth Kalima is an essential Islamic creed that affirms the oneness of Allah and the finality of Muhammad’s prophethood. Memorizing this Kalima is a requirement for all Muslims and can be challenging for some. However, a few simple tips can help make the process easier.

Following these simple tips, you can quickly and easily memorize the sixth Kalima.

Reciting the sixth kalima is a great way to ask forgiveness from ALLAH and to live a life on the right path. It also refreshes our faith in ALLAH and helps us to become better Muslims.

PrevPreviousFifth Kalima Istighfar – Benefits and Importance of 5th Kalima
NextLEARN TO READ THE QURAN ONLINE: A COMPREHENSIVE GUIDE FOR TEACHERS AND STUDENTSNext 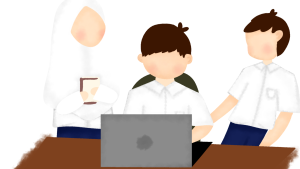 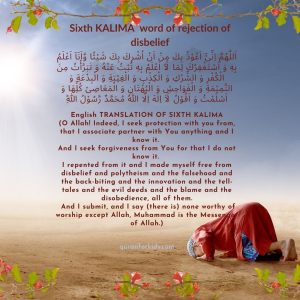