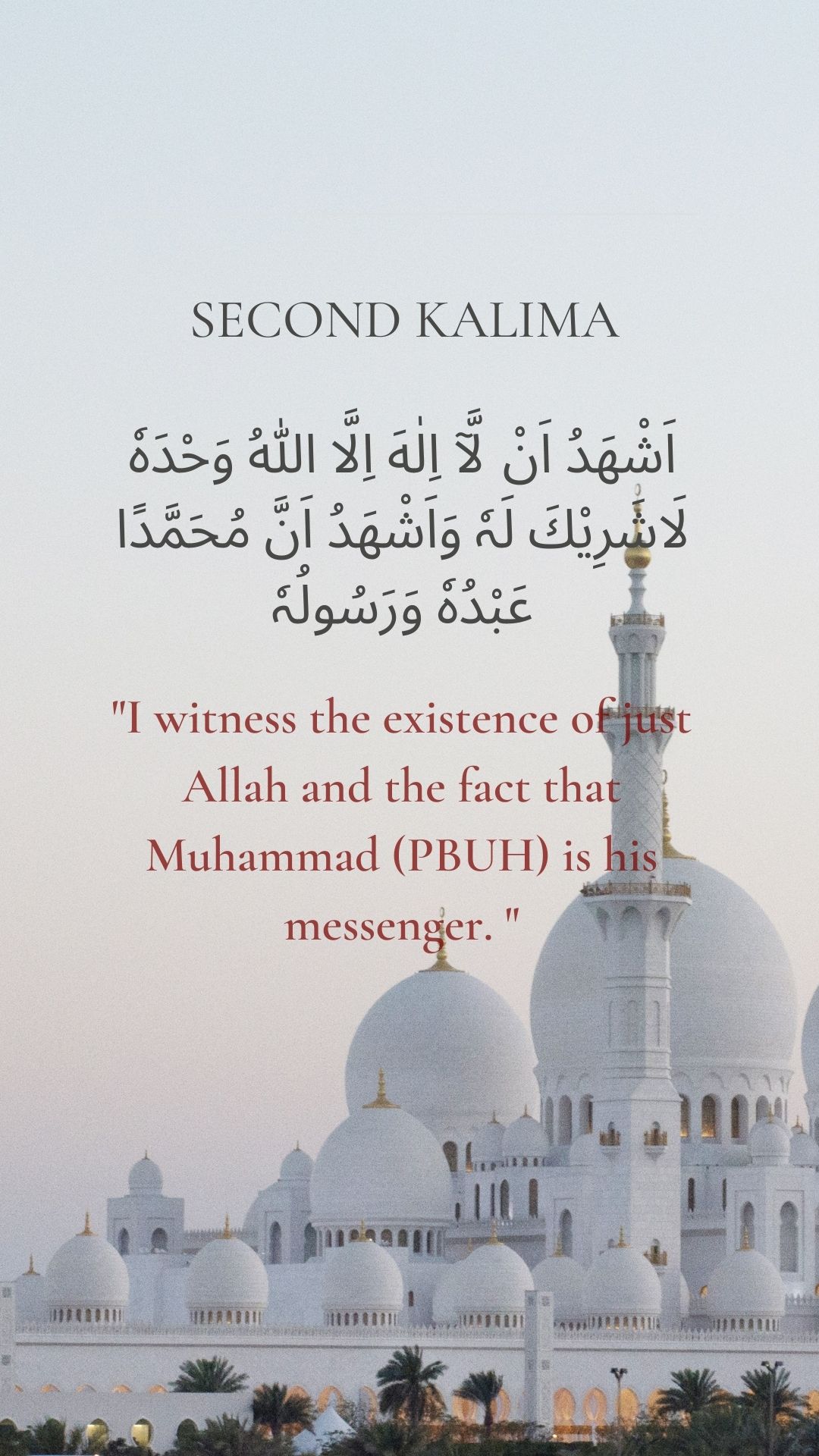 The 2nd kalima translates to

“I witness the existence of just Allah and the fact that Muhammad (PBUH) is his messenger. “

The 2nd Kalima is also known as the Shahada, which means “testimony” or “bearing witness.” the Second Kalima is an Islamic creed that affirms the oneness of God and the finality of the Prophethood of Muhammad. The Second Kalima is an essential part of Islamic belief and practice. It is a declaration of faith in Allah and His Messenger, Muhammad. It is also a reminder of our equality before Allah and our responsibility to bear witness to His truth. Muslims recite the Second Kalima during their daily prayers and special religious occasions. It is a profession of faith that is the cornerstone of a Muslim’s life and impacts every aspect of their existence.

How Does it Impact Muslims’ Lives?

The Kalima Shahadat impacts every aspect of a Muslim’s life. It serves as a reminder of their beliefs and motivates them to live according to them. The Kalima Shahadat also shapes the way Muslims interact with the world around them. Because they believe that there is only one God, they are called to treat all people with respect and dignity, regardless of their religion or beliefs.

IMPORTANCE OF SECOND KALIMA IN ISLAM

This declaration of faith is necessary because it affirms one’s belief in the core pillars of Islam. These pillars are the profession of faith, prayer, giving Zakat (charity), fasting during Ramadan, and making the pilgrimage to Mecca. By declaring their belief in these pillars, Muslims affirm their commitment to living a life following Islamic teachings.

The Second (2nd) kalima after ablution

The 2nd kalima is an essential part of the ablution process. After washing the hands, face and feet and going through the whole process of ablution, the 2nd kalima is recited. This helps to purify the body and soul and prepare for prayer. The second kalima also helps to focus the mind and create a state of concentration. It is essential to recite the 2nd kalima with sincerity and understanding to benefit fully from its spiritual power. 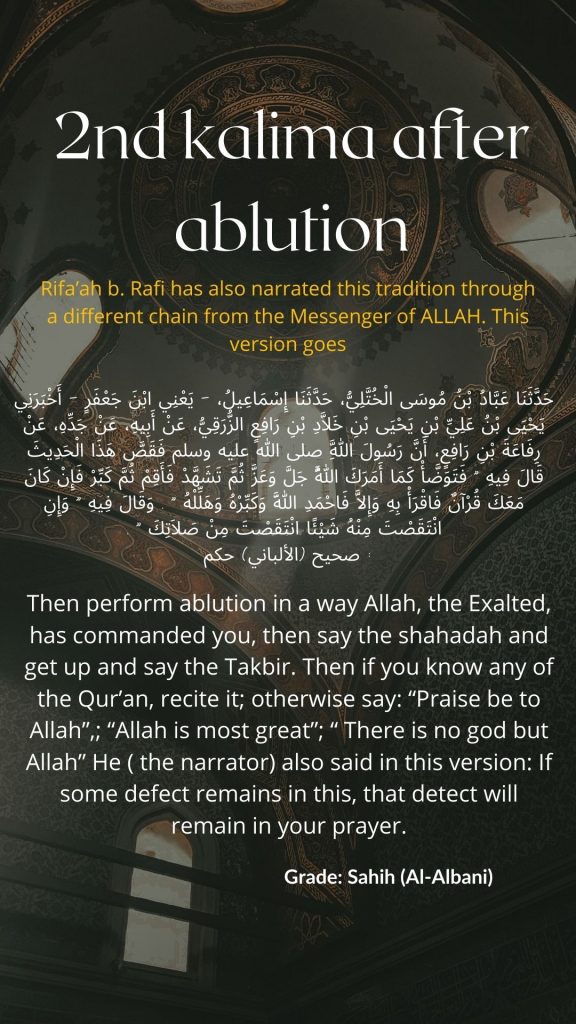 The 2nd Kalima Shahada is one of the essential Pillars of Islam. We can understand its importance as Azan is incomplete without the second kalima shahadat. It is part of the Azaan and is recited by Muslims worldwide. It contains the testimony of faith: “There is no god but Allah, and Muhammad is His Messenger.” This testimony is the foundation of Islam, and it is what sets us apart from other religions. Without it, we would not be able to practice our faith or live our lives as Muslims. The 2nd Kalima Shahada reminds us that we must always trust Allah and follow His Messenger. It is a way to stay connected to our religion and God.

The second Kalima is an integral part of Muslim prayers. It is a declaration of faith that every Muslim must recite. The second Kalima affirms the oneness of God and the finality of the Prophethood of Muhammad. It is a powerful statement of faith that reminds Muslims of their commitment to God. The 2nd Kalima is recited in every prayer and is an essential part of the Islamic faith. 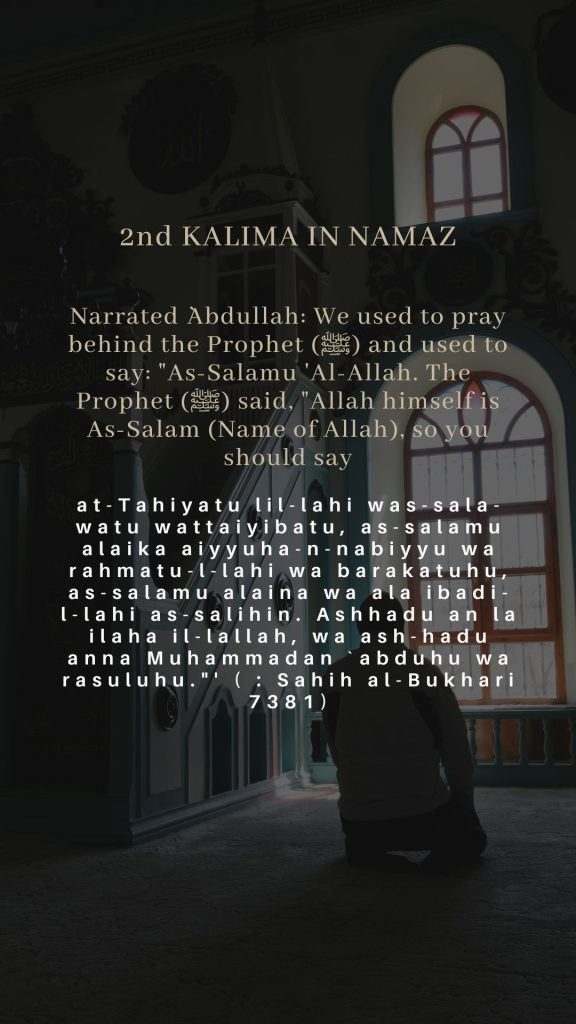 What does Quran say about the oneness of ALLAH?

“If there had been in them (the heaven and the earth) other gods besides Allah, then surely both would have gone to ruin.” 21:23

Allah says: There is no doubt that Allah alone is the creator of everything and that He is the One, the Most Supreme. (13:17)”

Allah says in the Quran about His Oneness, “Say, “Allah is One; Allah is He on Whom all depend; He neither begets nor is begotten, and none is like Him.” “. (Chapter 112).

“Whatever Allah provides to those who practise kindness, none has the right to withhold it, and whatever He withholds, none can release it afterwards. And He is the Exalted in Power, the Wise . (Surat Fatir, 35:2)

Benefits of  the 2nd Kalima:

The benefits of saying kalima shahadat are many; some are as follows:

We are testifying to our belief in these two things by reciting this Kalima. In return for this testimony, Allah promises us the greatest of all blessings. This means those who recite Kalima Shahadat will be rewarded with Paradise and freed from the Fire of Hell. This is a great blessing and one that all Muslims should strive to achieve.

Allah will be pleased with the one saying Kalima Shahadat

There will be ease in death.

This declaration of faith is essential for entrance into the Islamic faith and is believed to provide ease in death. According to Muslims, those who recite the Kalima Shahadat will have their sins forgiven and be able to enter Paradise. In addition, we believe this statement’s recitation will help ease death’s pain. For Muslims, the Kalima Shahadat is a powerful declaration of faith that can provide solace and comfort in times of trouble.

One’s grave will be spacious.

One of the essential things a Muslim can do is recite the 2nd kalima. This statement of faith is a necessary part of Islam and serves as a reminder of our beliefs. By reciting the 2nd kalima, we affirm our trust in God and His mercy. We also remind ourselves of our duty to obey His law and to live our lives following His will. In addition, the 2nd kalima reminds us of the Day of Judgment, when we will be held accountable for our actions. As such, it serves as a powerful motivator to lead righteous lives. For all these reasons, Muslims believe that those who recite the 2nd kalima will have a spacious grave. This is because they will have recited a statement of faith that is essential to Islam and will benefit them in this life and the next. 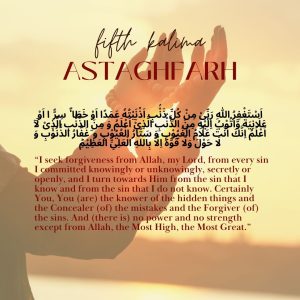 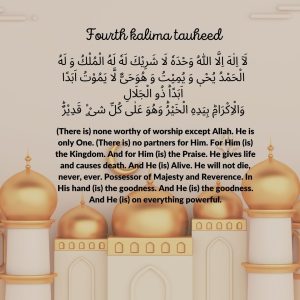 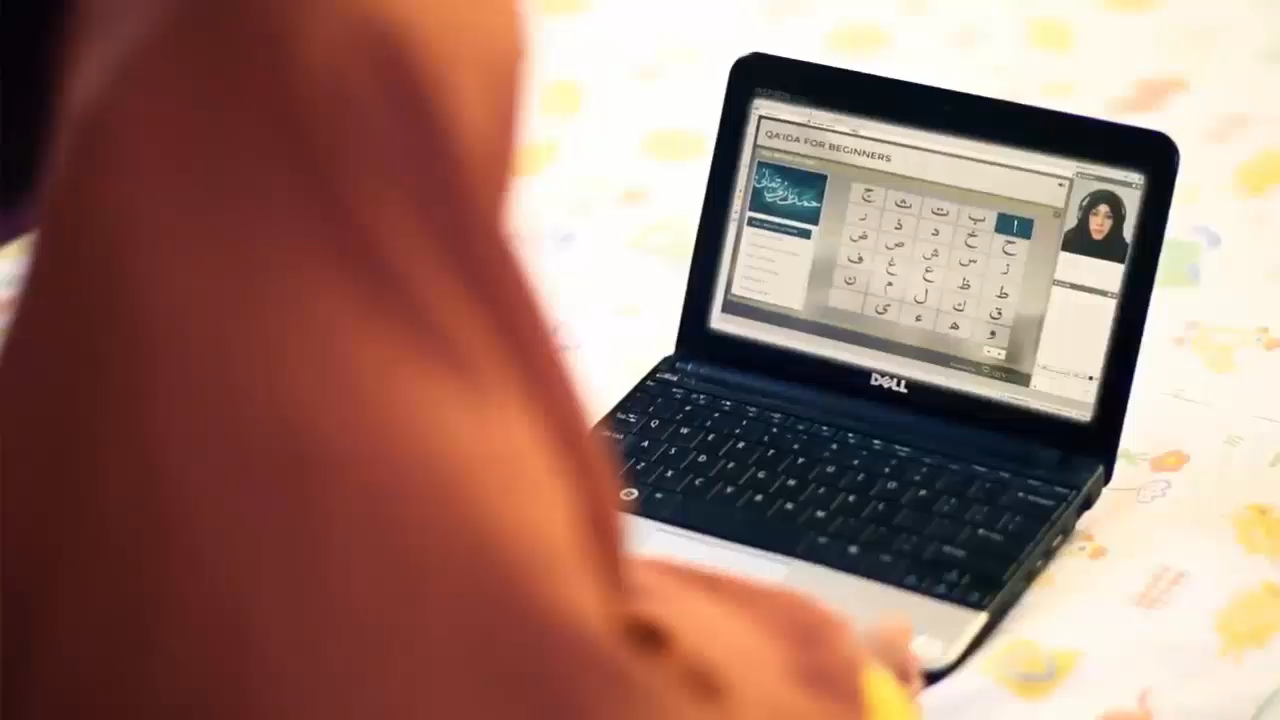