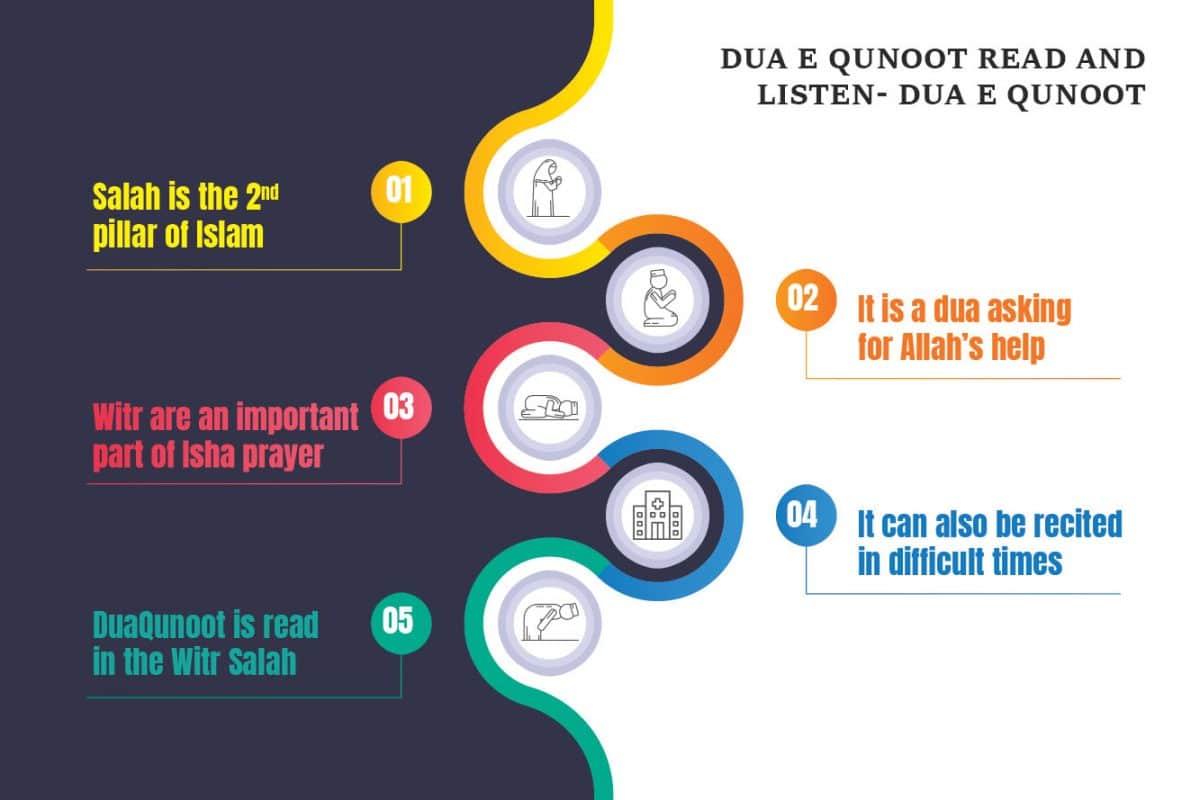 Dua Qunoot is a specific type of Dua that the Prophet (PBUH) instructed us to recite as certain times. We should recite this dua while we are standing. One of the ways to recite it is during the witr prayer. We should try to recite Dua Qunoot in Arabic during every witr prayer, which is the prayer that we say after Isha.

The word Qunoot has a few meanings in Arabic, ranging from ‘being obedient,’ to ‘standing.’ It is a special dua with a unique meaning for certain times.

According to Hadith, Prophet Muhammad (PBUH) also used to recite Dua Qunoot whenever the Muslims faced a disaster or calamity of some sort. According to some schools of thought, we should also recite this dua during Maghrib and/or Fajr. However, all Muslims agree that it is sunnah to recite it during Witr.

With that said, we should know that reciting it in Witr is not obligatory. When we attend prayer at mosques and especially Taraweeh prayer during Ramadan, we will notice that the Imam often reads other duas. Often, these aren’t even any specific duas. Instead, the Imam supplicates to Allah from the heart, praying for the Muslims according to the current situation. The usual focus is on the welfare of Muslims.

Prayer is an important pillar of Islam. The importance of prayer is definite by different Ahadith and the holy book of the Quran. It was necessary for all the prophets and the people as now.

In saheh Muslim, Abu Huyrara reported that the Holy Prophet SAW said,” When Muadhin calls the Muslims to prayer, Satan runs away from the mosque.”

Prayer is the best connection by which we can quickly contact with Almighty Allah. It is the best way we can present our request before Allah. The status of every prayer is equal to Allah. However, Isha and Fajar are the prayers which are mostly offered by the people who offer prayers five times a day.

It is hard for munafqeen to offer the prayer of Isha and Fajar because both these prayers come at the time when sleep makes it hard for us to do anything.

Abu Huyrarih reported, and Imam Bukhari narrated that Muhammad SAW said,” Ishah and Fajr are the prayers which are most difficult for munafiqeen. If they knew the rewards for these prayers, they would have gone to them if by creeping.”

That is why it is necessary for the true Muslims to pay attention to these prayers in order to avoid the name to be written as Munafqeen.

What is Dua e Qanoot?

Dua e Qanoot is the application type of prayer. Dua Qunoot recites at the Isha prayer in Witr Salah.

“Qunoot” means obedience. We can define the obedience at the time when one stands in front of Allah Almighty. When we come to its linguistics meaning, we find its meaning of devotion and obedience.

It is one of those sunnah of Prophet, which is now neglecting by so many Muslims. Our Holy Prophet Muhammad SAW recited Dua Qunoot during Fajr Prayer, Isha prayer, and then sometime in the other prayers.

It was recorded that Abu Dawood and Muhammad Ibn ‘Isa at-Tirmidhi noted that Hassan Ibn Ali (may Allah be pleased Upon Him) learned Dua Qunoot from our Prophet Muhammad SAW. Dawood further added that whenever Muslims got caught in trouble, Prophet Muhammad SAW used to recite Dua e Qanoot.

When should we read Dua Qunoot?

Dua e Qunoot is a sunnah of the Prophet Muhammad SAW. According to the teachings of Islam, we recite it in the last Rakah of Witr. According to the renowned scholar, it can be recited before bowing and after bowing. It is up to an individual.

Major-al-fatawaa is one of the credible books of Islamic teachings, written by Shaikh Al-Islam ibn Taymiyah. He said in his book,” There are three views regarding Dua e Qunoot. The first one is conservative. According to conservative, it is necessary for the Muslims to recite dua-e-Qunoot after bowing. Some scholars say, for example, Imam Ahmed and others, it is up to the reciter when he recites. It is due to its presence in almost all the books of Saheh Sunnah. But, they themselves chose to read Dua Qunoot after bowing.

Al-bayheqi, who was another credible scholar of Islam, said that it was mention in the book of saheh sunnah to raise the hand while reciting Dua e Qunoot.

It is noted in the notable book of Islamic teachings that the recite should raise his or her hand to the height of the chest. He should not raise the hand above the chest height because it is not proper Dua regarding request due to which the person should elevate his both hand properly. Rather it is pray of hope due to which person must hold his hands as in the usual case.

The actual meaning of the scholar is that the reciter should hold his hand like a bagger, which requests for something.

Moreover, it is not proper that the Dua e Qanoot should be recited all the time, for example, in 1st Rakah and 2nd Rakah. We cannot find any instance of such kind in the whole life of our Holy Prophet Muhammad SAW.

The significant proof of Dua e Qunoot was that different notable scholars of Islam clarified its status, particularly recitation in the Witr prayer. In these distinguished scholars, Abu-Dawood, al- Trimdhi and Alnasi narrated Dua Qunoot from Hassan ibn Ali(May Allah be pleased upon Him).

In Witr prayer, it is mustahabb to recite Subhaan al-Malik-al-Qudoos three times. It was narrated by Al-Nassai.

Dua Qunoot can be recited in the hard times, for example, floods, pandemic disease, fear from the enemy, oppression, or injustices.

In this condition, an individual can recite it in the last Rakah of every prayer, which is obligatory.

There is a lot of Ahadith, which can be presented in this regard. These Ahadith can prove that Prophet Muhammad SAW himself red it in the time of distress.

In a Hadith, narrated by notable Muslims scholars, for example, Ibn majah, An-nasai and Ahmed, Anas provided the authority that Holy Prophet Muhammad SAW supplicated Dua-Qunoot even for the whole month. It was due to calling down the Wrath of Almighty Allah. He recited it for Arab tribe Banu Saleem, Thakwan, and Reil. After some time, he did not continue it.

Imam Bukhari, who was also a credible scholar in the history of Islam, narrated that Prophet Muhammad SAW supplicated Dua e Qanoot. It happened when his companions beheaded by the Arab tribe ( Banu Saleem, Reil, and Thakwan). At that time, he was upset by the incident.

In another Hadith, which narrated by Al-Trmizi, Ahmed, and Muslim. Al Barra Ibn Azab provided the authority to narrate the Hadith. In Magrib and Fajar prayer, our beloved Holy Prophet SAW supplicated Dua e Qanoot.

In another Hadith, narrated by Abu Dawood and Ahmed. Ibn Abbas provided the authority; they narrated that for a completely complete month, beloved Prophet Muhammad SAW supplicated Dua e Qanoot. He recited it at the end of all the prayers, Fajr, Thar, Asar, Maghrib and Isha. Our Prophet SAW red Dua e Qanoot after getting up from Rakooh in the last Rakah. Then, he called upon the wrath over different tribes of Arab who involved in the martyrdom of his companion. His beloved companions were saying Ameen after his Dua.

This Hadeeth mentioned that the recitation of Dua Qunoot was possible in other prayers as in Isha prayer.

Some scholars raised concerns over the issue that Dua Qunoot can be recited in the Fajar prayer also.

Imam Abu Haneefah and Imam Ahmed were of the view that it was not the sunnah. That is why we were not bound to follow it. Moreover, they said that the recitation of Dua Qunoot was possible only in the Witr prayer.

Malik Al-Ashjai reported that he said to his father Abu Al-Malik Ashjai, “ you have offered Salah leading by Abu-Bakr RA, Umer RA, Usman RA and Ali RA( May Allah pleased upon them) did they recite Qunoot in the prayer of Fajr? He replied that it was invented in the latter times. I had no such example.

However, Imam Malik and Imam Shafi were of the opinion that it was the sunnah of our Holy Prophet SAW to recite Dua e Qanoot in the Fajr Prayer.

Hence, it can be recited at hard times.

There are several benefits of learning Dua e Qunoot with translation. Some are following.

Translation in English is as follows.

O, Allah, We want help from you only, asks (Request) you to forgive us, makes turn to you appraises you for all the beautiful things and (we are) indebted to you, and not grateful for (disobedient), we cut off and part all those who disobedient to you. O , Allah Almighty, you are alone, for who we worship, pray, and bow to you. We hasten in a hurry to you, we fear from you acute punishment, and we hope for mercy, as your punishment is undoubtedly to be meet with those disobedient.”

Islam is a perfect religion, which provides us a guide in all the fields of life. Its guidance covers all the necessary issues from individual life to collective life. For example, there are clear directions available on how to offer prayer, how to make Dhikr. It is Islam, which tells us what the rights of your neighbor are. It is also the religion of blessings and rewards. 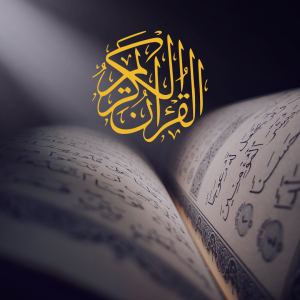 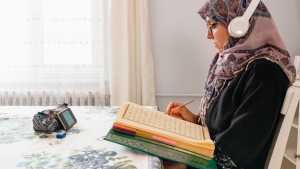